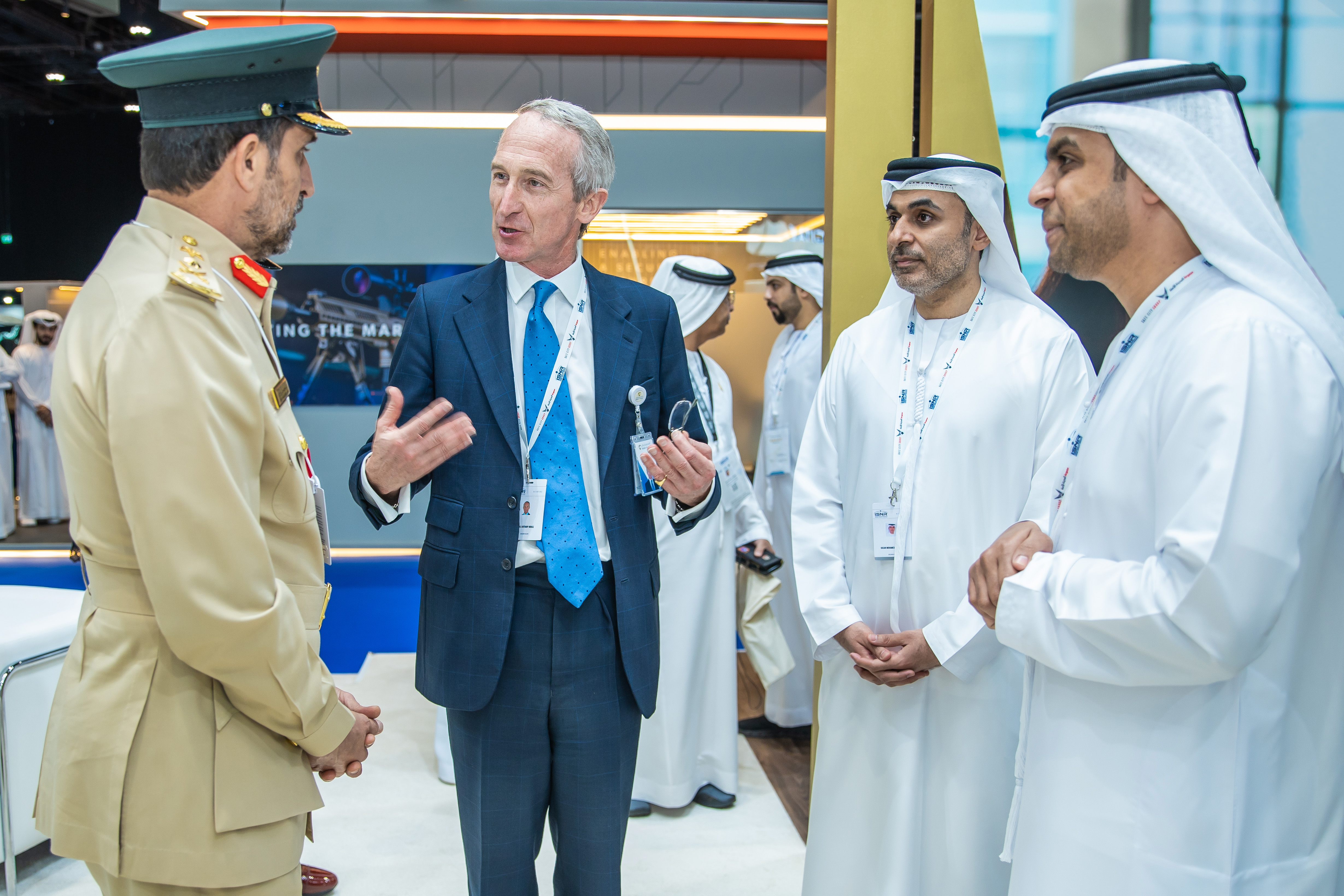 Abu Dhabi – 13 October 2022: Rabdan Academy concluded its participation in the activities of the 7th edition of the International Exhibition of National Security and Resilience ‘ISNR Abu Dhabi 2022’, which was held under the patronage of His Highness Lt. General Sheikh Saif bin Zayed Al Nahyan, Deputy Prime Minister and Minister of Interior, at the Abu Dhabi National Exhibition Centre.

The Academy’s stand witnessed the visit of many high-level delegations who were briefed about the Academy and its effective role in the UAE defence, security and civil protection system, in addition to an overview about the Academy’s projects in the framework of the academic and research cooperation with global top 200 universities.

A specialised team of Rabdan Academy’s employees, along with a group of the Academy’s students, presented brochures on the various academic programs that are offered by Rabdan Academy, including, master’s, bachelor’s and diploma programs. The team also answered questions and inquiries from visitors who praised the level of Rabdan Academy’s programs, which were designed according to the highest quality standards and in accordance with global best practices.

The exhibition included high-level workshops during which a number of Rabdan Academy’s faculty members participated in, where Professor Martin Spraggon participated in the workshop of ‘Abu Dhabi Police Innovation Lab’, highlighting the efforts of Abu Dhabi Police in the field of police innovation for the future. He also conducted a workshop entitled ‘Applying Future Foresight Technology to Envision the Future of Policing’. For his part, Gareth Lee Stubbs addressed the topic of ‘Preventing Crime Through Technology Enabled Community Policing’.

The seventh edition of the exhibition, which was organised by ADNEC Group in cooperation with the Ministry of Interior and in strategic partnership with Abu Dhabi Police GHQ, focused on showcasing the latest security solutions and innovations, and consolidating cooperation and networking among companies operating in four sectors: national security, cybersecurity, policing and law-enforcement, and protection of vital facilities.