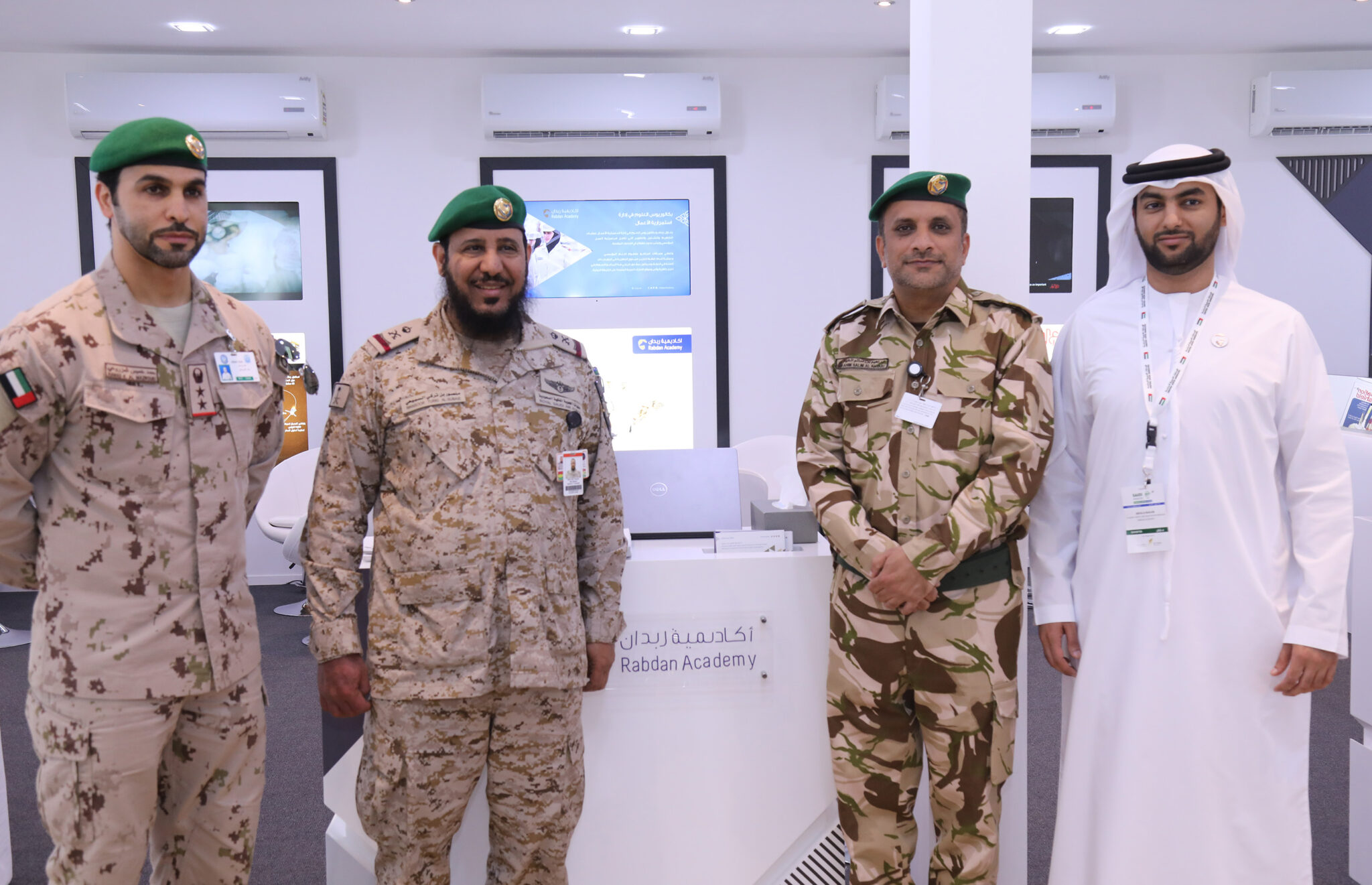 Rabdan Academy has participated at the Saudi International Airshow in its first edition, which was held in the period from 12 to 14 March 2019 at Thumamah Airport in Riyadh under the patronage of His Royal Highness Prince Faisal Bin Bandar Bin Abdulaziz, Governor of Riyadh Region, and with the honorable presence of His Royal Highness Prince Sultan Bin Salman Bin Abdul Aziz, Chairman of the Saudi Space Agency. The Exhibition was attended by several institutions and companies specialized in the aviation and military sectors.

Rabdan Academy participation is within the UAE pavilion aiming to highlighting its prominent role in providing innovative educational and training services in the areas of security, safety, defense, emergency preparedness and crisis management. The visitors were briefed on the academic programs offered by Rabdan Academy, including Diploma, high diploma, and bachelor degrees. These programs include unique disciplines, such as Business Continuity Management, Integrated Emergency Management, Police and Security, and Homeland Security, as well as a master’s degree in Intelligence Analysis. Visitors were also briefed on short-term professional programs offered by the Academy in the areas of resilience, leadership and management, security and police, and homeland security.

Dr. Faisal Al Ayyan, Rabdan Academy vice-President stated: “This participation represents the depth of the relations between the Kingdom of Saudi Arabia and the United Arab Emirates, in the light of Rabdan Academy keenness to strengthen cooperative relations between institutions inside and outside the country to consolidate the joint work and discuss the latest developments of cooperation and partnership in order to achieve the aspirations and common interests of the two brotherly countries and peoples”.

WAM Interview with the President