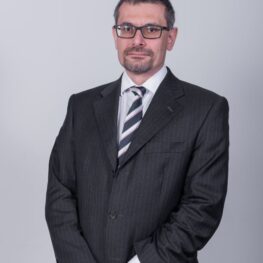 Dr. Arsène Saparov is an Assistant Professor at Rabdan Academy, he was educated at the Central European University in Budapest and holds a PhD in International Relations from the London School of Economics (LSE). He was a Post-doctoral fellow at CNRS, France and at the University of Michigan, Ann Arbor, where he taught Russian and Caucasus history for four years during which he published From Conflict to Autonomy in the Caucasus: The Soviet Union and the Making of Abkhazia, South Ossetia and Nagorno-Karabakh (Routledge 2015). After teaching at the University of Michigan, Ann Arbor he received a position of an Assistant Professor of at the department of International Relations Department at the University of Sharjah, UAE in 2016. Since 2020 Dr Saparov jointed Homeland Security Program at the Rabdan Academy, Abu Dhabi. His research interests include the Soviet nationality policy, Russian Foreign Policy and ethnic conflict in the Caucasus. Recent academic publications include: “Contested spaces: the use of place-names and symbolic landscape in the politics of identity and legitimacy in Azerbaijan” in Central Asian Survey, 2017, Vol 36:4 and “Re-negotiating the Boundaries of the Permissible: The National (ist) Revival in Soviet Armenia and Moscow’s Response” in Europe Asia Studies 2018, Vol. 70:6.