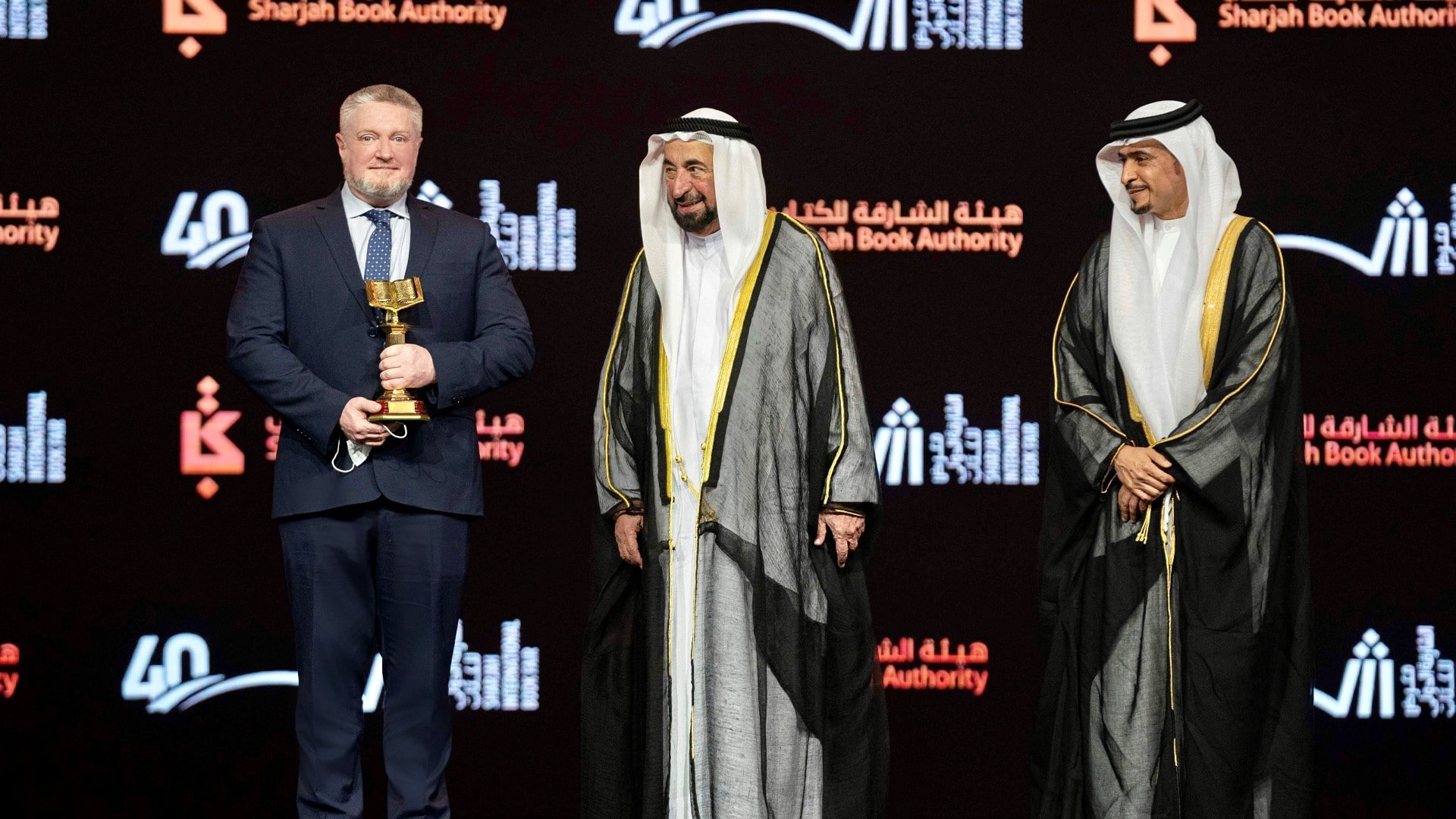 Professor Joel described the award as a tremendous honor, especially because he received it at the hands of Sheikh Dr Sultan, whom Professor Joel has long esteemed as a leading Islamic scholar and thinker. He said writing the book was a labor of love which represented a decade of research. Arabic, Turkish and Bosnian translations are already in progress.

The independent Kirkus Reviews organization describes Professor Joel as “undeniably one of academia’s most visible Islamic thinkers” and praised his prize-winning book’s “full command of Islamic theology and the Arabic language as well as its rich endnotes”. Kirkus Reviews added that the book is “a learned history of Islam and Muhammad that succeeds in its goal of providing contemporary and future managers with valuable insights from his life on successful leadership strategies.”

Professor Joel’s career highlights include him having been Head of Air Power Studies at King’s College London (UK), Dean of the Royal Air Force College (UK), and Director of the Institute for International and Civil Security at Khalifa University (UAE).

Professor Joel’s sixteen books include a biography of Horatio Lord Nelson (which has recently appeared in an Arabic edition), an analysis of the Stalingrad air campaign, and a study of airpower in counterinsurgency operations. Some of his academic works have been translated into Arabic, Polish, Portuguese, Spanish, Serbian, German, Korean and Chinese. His most recent works include: Warfare in the Qur’an (2012), Air Power and the Environment: The Ecological Implications of Modern Air Warfare, (2013), War is Deceit: An Analysis of a Contentious Hadith on the Morality of Military Deception (2017), Civilian Immunity in Foundational Islamic Strategic Thought: A Historical Enquiry (2018), Islamic Principles of War for the 21st Century (2020), and now The Leadership of Muhammad: A Historical Reconstruction (2021).