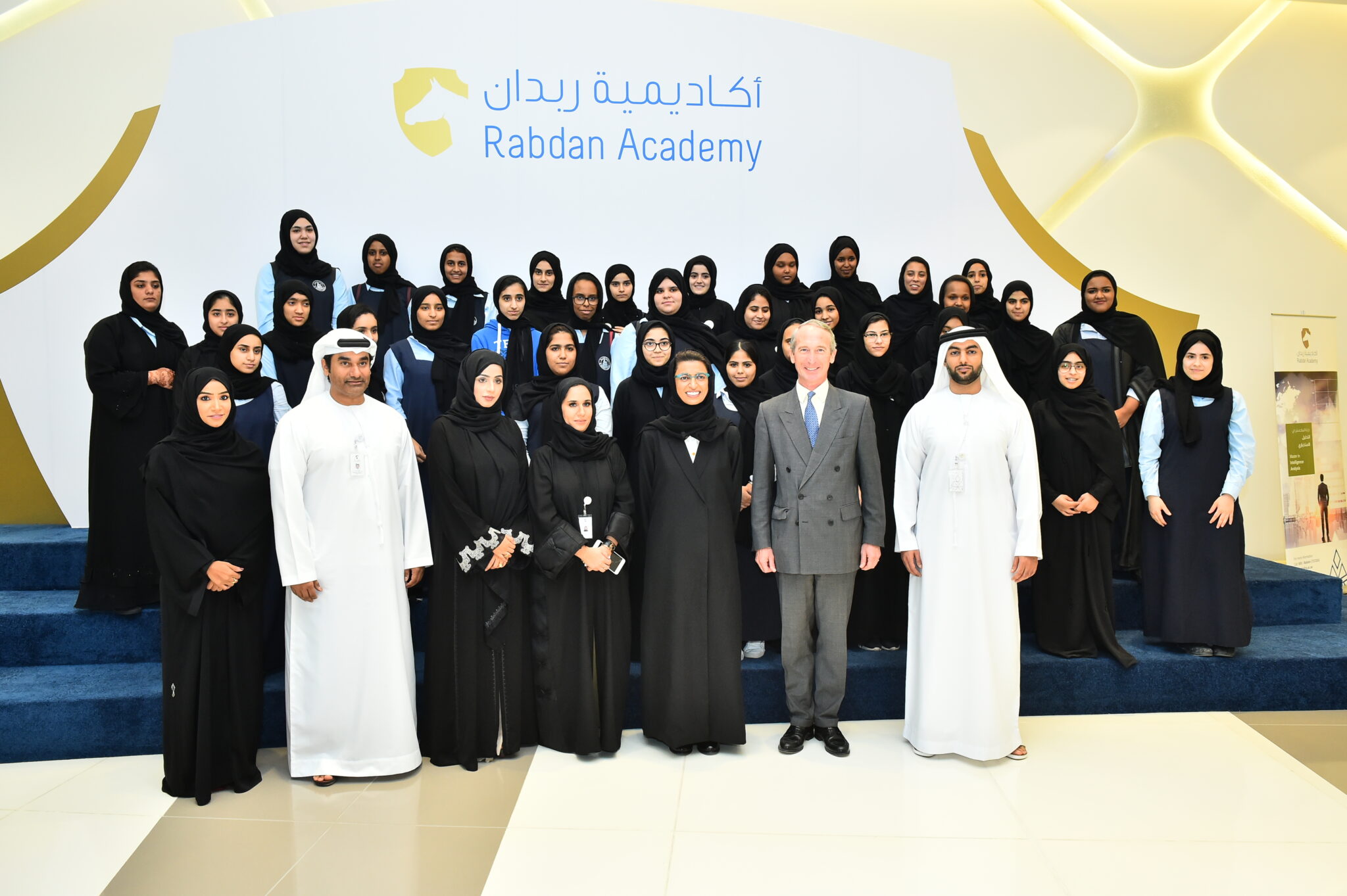 An Open Day for Emirati Women was organized by Rabdan Academy on the 4th of October 2017, with participation of many Emirati Women leaders whom emphasized the importance of Emirati women in joining in the fields of safety, security, defense, emergency preparedness and crisis management.

Her Excellency Noura Al Kaabi, UAE Minister of State for Federal National Council Affairs, emphasized the importance of achieving balance between men and women in the emergency services and police, as the women’s contributions in these fields are very valuable.

Her Excellency also said: The UAE welcomes everyone who wish to challenge themselves and move forwards to develop their skills, the leadership worked hard on launching and implementing many initiatives and policies to support all individuals of the community and enable them to find suitable jobs in the work field.

Her Excellency explained that the ability to serve and protect the country is not related to the gender of the individual. While the world faces many threats ranging from cyber-attacks to extremist groups, only human capital remains capable of maintaining the security and safety of the nation. We are surrounded by important regional transformations that directly affect our security strategies. Hence, performing our duties in the best way possible has become very important, regardless of gender.

Her Excellency also said: Researches published by McKenzie and Forbes suggest that women have the skills to outperform their male counterparts in times of crisis. For example, women prefer to receive assistance from women in security or emergency services.

Her Excellency also added: Since its establishment four years ago, Rabdan Academy has been doing a unique job, focusing on areas that have not been properly focused on by the traditional academic sector. She indicated that the academy’s programs have succeeded in attracting students’ attention. Even though these programs usually give priority to men, in the UAE, however, we believe that jobs should not be limited to one gender or another. In addition, the UAE encourages everyone to explore such jobs that contribute to the service of the society, regardless of whether they are male or female.

Her Excellency pointed out the importance of setting clear policies in the academy to help create a comprehensive environment that accommodates the skills of students of both genders. The faculty must realize that there are social and professional obstacles to women that may impede their development in the field. Therefore, the teachers must ensure that female students receive specialized training such as the training received by their male counterparts, as this will enable them to acquire the knowledge required for the field in which they will operate. The female students can also be assisted by developing a program to recruit female graduates, which will enable them to gain great experience in this field, and will give them greater confidence in the process of professional integration, as well as enabling them to receive useful guidance.

Her Excellency stressed the need to involve women in all fields of defense of our dear nation and encourage other women to join the security sector, and she concluded by saying: “Our nation is precious and its protection is a sacred duty”

She addressed the girls attending Rabdan Academy’s open day, and said: Emirati girls should define their choices and goals in life, and she should have a clear plan to reach the desired goal.

She added: Our government pays great attention to the empowerment of Emirati women in all political, economic and social sectors.

She noted that the UAE is one of the pioneers in the region in opening the way for women to take up leadership positions, noting that 77% of university graduates are women.

She also noted the importance of Emirati girls’ involvement in such unusual and different fields. In addition to taking advantage of all the opportunities provided by the leadership.

Maitha Al Habsi, Deputy CEO in Emirates Foundation for Youth Development, stressed that there is a need for girls to specialize in the areas of emergency and crisis, and that the Emirati females should volunteer in these areas.
She also referred to the Sanid program as a community version of the academic programs offered by Rabdan Academy, and all girls have the opportunity to specialize in the fields of social security, occupational safety, health, emergency and crisis management.

She added: The Emirati women bear great responsibilities, including raising their children, caring for their families in addition to work. All of which led to them having equal rights to men and the recognition of the leadership of the importance of their role in society.

Major Amna alblooshi, from AbuDhabi Police, stated: The path of a policewomen is very distinguished from the beginning, and the achievements of policewomen confirm that women are not only meant for administrative positions, but also for leadership and security positions. They have all the capabilities and competencies to protect the country.

She added: In the coming days, more girls are bound to join the academic programs in the academy, because of the new skills and experiences that the Emirati girls will acquire.

She pointed out that Abu Dhabi Police’s objectives include highlighting the role of Emirati women in protecting the security and safety of the society, raising the efficiency of women’s police through training and rehabilitation courses, in addition to assuming leadership positions.

She also said: What UAE women have achieved in all fields of work including police work is the result of the unlimited support of the UAE, which provided all its tools for the success of the women police experience, and established the concepts of respecting women, empowering them and making them equal to men.

The Efforts of Emirati Women

James Morse, Rabdan Academy President, stated: The Academy is keen to highlight the efforts of Emirati women as a cornerstone of the society and its role in empowering young Emirati women to take advantage of their potential in the continuous success of the country.

Dr. Faisal Al-Ayyan, Vice President of the Academy, said that the Open Day aims to motivate women and encourage them to participate in the fields of security, safety, defense, emergency preparedness and crisis management. He pointed out the leadership’s keenness to grant the UAE women the status they deserve in the service of their country and people, and to provide the country’s institutions with qualified and trained women cadres.

The activities of the Open Day aim to introduce the academy’s programs and specialties, in addition to increasing the percentage of girls enrolled in the fields of security, emergency and crises management.