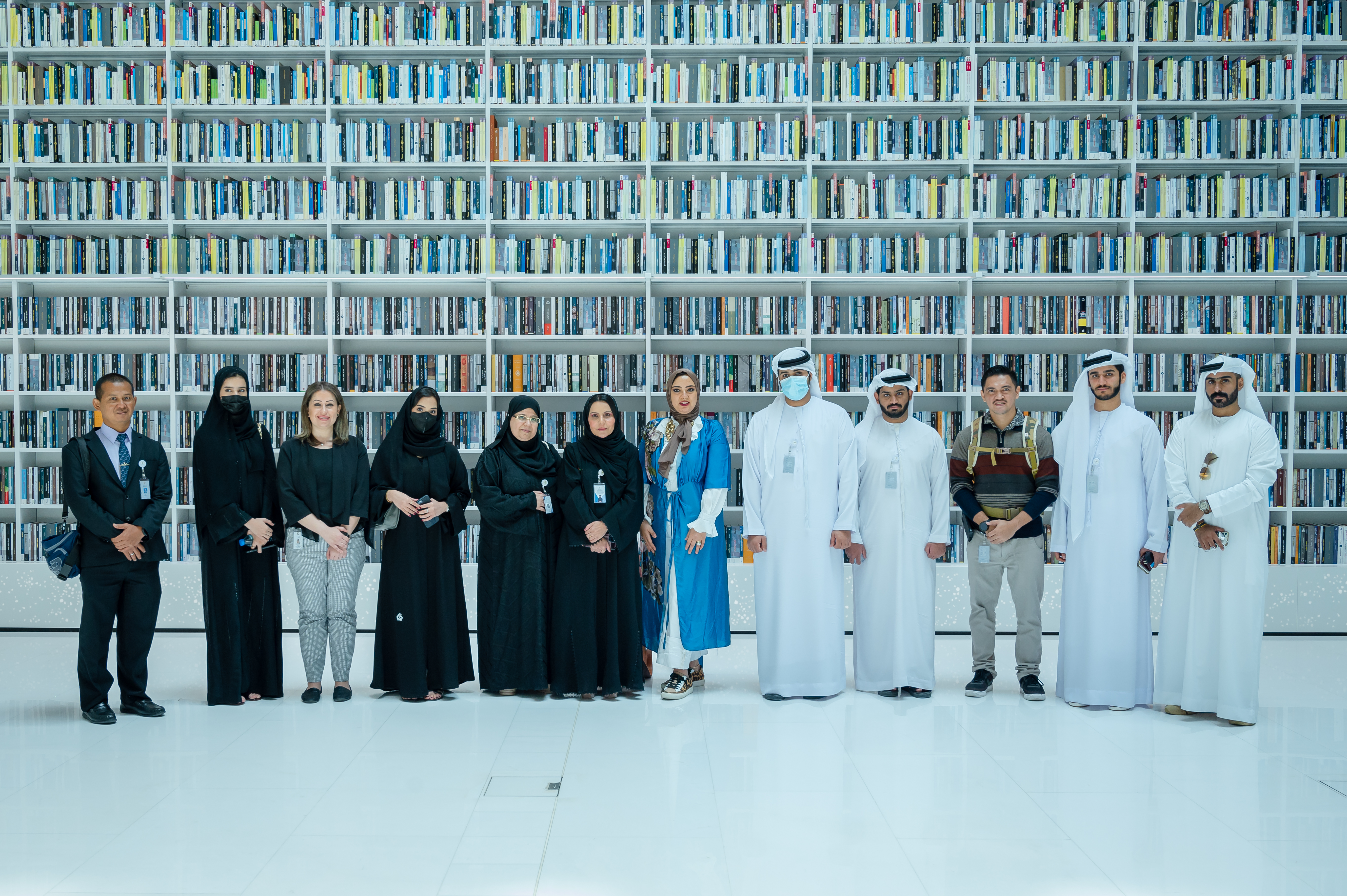 Abu Dhabi – 21 September 2022: Rabdan Academy’s students visited Mohammed bin Rashid Library (MBRL) in Dubai, a new cultural edifice and beacon of knowledge in the region and the world, as part of the Academy’s efforts to enrich the students’ knowledge and creativity in Safety, Security, Defence, Emergency Preparedness and Crisis Management Sectors.

Students from different Academic Programs participated in the visit, which comes as part of an initiative from Rabdan Academy’s Strategic Affairs & Performance Management Office. The students showed great interest to discover MBRL’s Treasures of Knowledge, which include more than a million books in Arabic and foreign languages.

During the tour, the students were briefed on a wide range of books, periodicals and audio-visual publications in an interactive experience that combines learning and fun, with a focus on Emerging Technologies, Virtual Reality, Artificial Intelligence and Robotics Engineering.

The students also learnt about the library leading role as a knowledge platform for creative minds in the region and the world, investing in human capital, embracing intellectual, scientific and creative projects, together with providing access to its various paper and digital resources in an integrated and advanced framework.

This visit comes as part of Student Tour Series organised by the Academy to inform its students of the UAE scientific and cultural renaissance along with enhancing their skills and creative abilities.