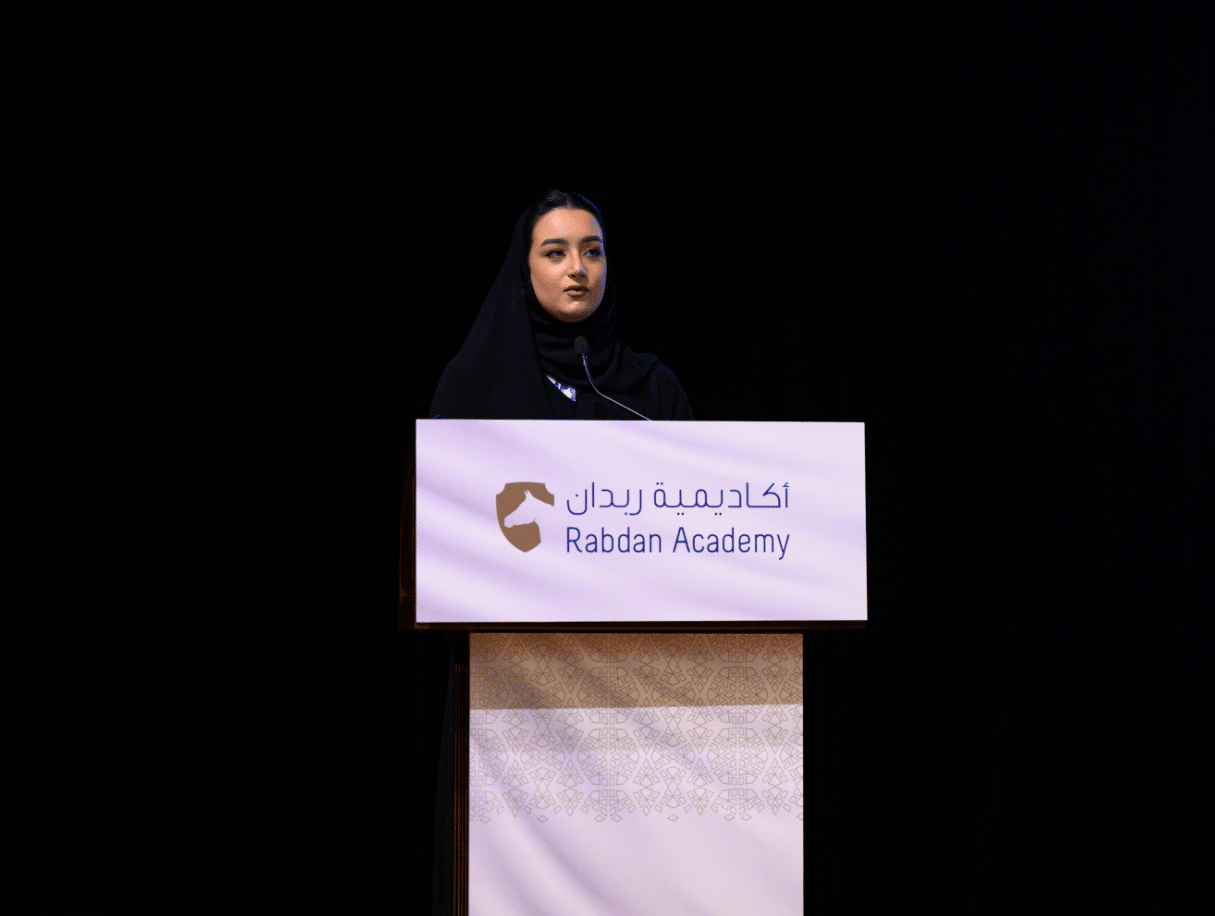 • Major General Al-Sharifi: We are proud of the academic achievement that Rabdan Academy students achieve year after year

Rabdan Academy honored its distinguished students in recognition of their achievement and excellence.

The remarks were made during the Awards ceremony   held at the Armed Forces Officers Club in Abu Dhabi — with their Excellencies members of the Board of Trustees, Academy President James Morse, Academy Vice President Dr. Faisal Al-Ayyan, and a number of faculty members and parents — to honor over 65 outstanding students majoring in all specialties in attendance.

His Excellency Major General Maktoum Ali Al Sharifi expressed his pride in the achievements of the Academy’s outstanding students, saying: “We are proud of the academic achievement that Rabdan Academy students achieve year after year so that they are qualified to assume leadership positions in the future. We thank all the strategic partners of the Academy, who send their cadres to receive the latest sciences that contribute to the development of the security and police system of the United Arab Emirates, and for them to be qualified cadres at the highest levels, to contribute to supporting the direction of the United Arab Emirates and the aspirations of its leadership to be at the forefront of global competitiveness during the next fifty years.”

His Excellency James Morse, President of Rabdan Academy, said: “The students of Rabdan Academy have been able to achieve impressive results that have demonstrated their competitiveness to score high grades in all programs of the bachelor’s and master’s degrees. This is the fruit of the concerted efforts which the faculty members have exerted and with which the students have interacted. It is also the reward of the parents’ cooperation to provide an appropriate environment for their sons to study so they can score the highest academic marks, thus becoming a national force that contributes to enhancing the overall development process in the United Arab Emirates.”

Furthermore, His Excellency Dr. Faisal Al-Ayyan, Vice President of Rabdan Academy, stated that the Academy since inception has taken rapid steps toward excellence and progress. It first started with obtaining the academic accreditation for all of its programs and then sought to obtain international accreditation, as it believes in the significance of cooperation with regional and international institutions. This cooperation has played a vital role in shaping the character of human cadres that enjoy strategic thinking and leadership personality — in all areas of defense, safety, and emergency — so as to achieve the aspirations of the wise leadership. Therefore, the Academy has become a forward-looking educational institution, able to transcend traditional educational models.

It is worth noting that Rabdan Academy is providing government institutions in Abu Dhabi with a group of qualified Emiratis specializing in the areas of safety, security, defense, emergency preparedness, and crisis management. It constitutes an academic umbrella where students from different sponsoring entities meet, and thus form, a professional network that would enable them to work in harmony during their career. The sponsoring entities include the Ministry of Defense, the Ministry of Interior, the Ministry of Foreign Affairs and International Cooperation, Abu Dhabi Police General Headquarters, and other government entities.

Mr. Obaid Ali Al Tunaiji, guardian of the distinguished student, Muhammad Obaid Al Tunaiji, explained that his son’s study at Rabdan Academy gained him many life skills on a personal level and armed him with the latest knowledge and military and security sciences on a professional level, which makes him reassured that his cub has become enjoying competitive advantages that enable him to obtain A good job opportunity after graduation, to return the favor to the homeland, for the generous care, support and support is provided to him until he became a young man qualified to assume his responsibilities among young leaders.

Taraf Al-Nuaimi, one of the outstanding students, said: “We would like to thank Rabdan Academy management for its appreciation of the efforts of the outstanding students. We would also like to thank the faculty members and the admin staff for their efforts that have helped us achieve this academic excellence. This excellence has made us feel proud that we have studied at this distinguished academy and will serve as a catalyst for achieving more in the years to come.”

Outstanding student Abdallah Al-Rumaithi expressed his appreciation on this occasion, saying: “Our study at Rabdan Academy has helped us develop and shape our leading personality. It has also helped us develop our strategic thinking and acquire skills and knowledge in the areas of safety, security, defense, emergency preparedness, and crisis management, thus becoming more able to contribute to meeting the leadership’s aspirations and protect the assets of our nation.”