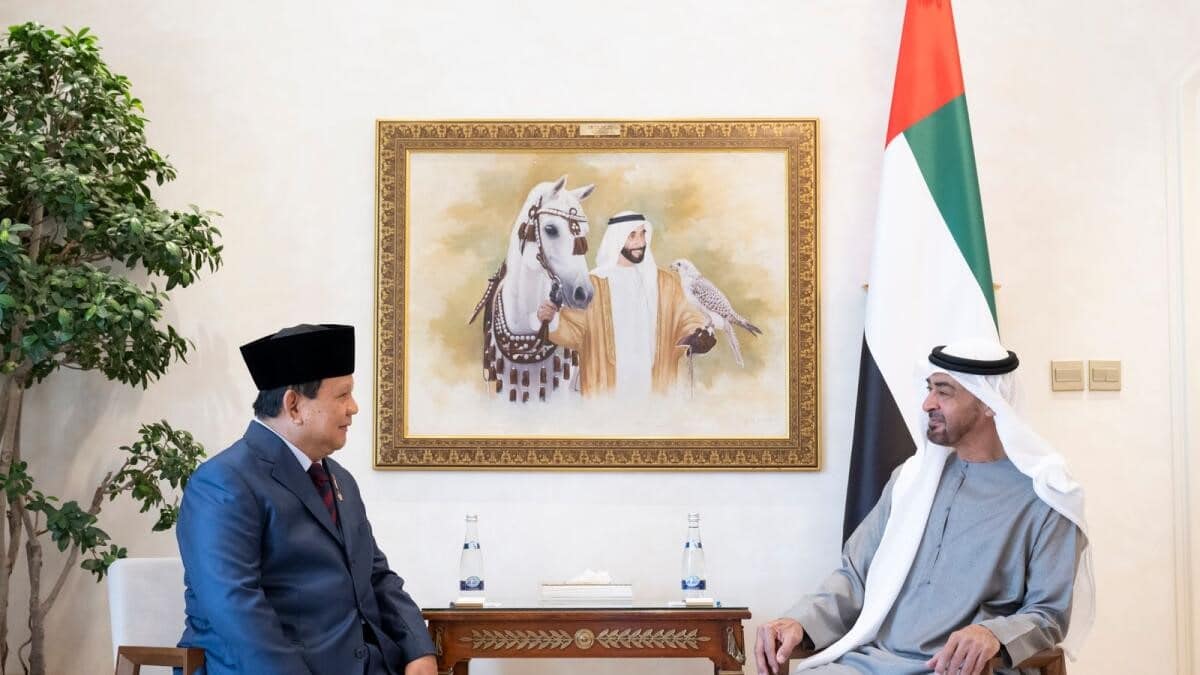 His Highness Sheikh Mohammed bin Zayed Al Nahyan, Crown Prince of Abu Dhabi, Deputy Commander-in-Chief of the Armed Forces, delivered a written letter from His Excellency Joko Widodo, President of the Republic of Indonesia, concerning the strategic relations between the two friendly countries and joint action to promote them at all levels.

His Highness greeted the Indonesian Defense Minister, Joko Widodo, President of Indonesia, and emphasized his best Regards and wishes to him and his country for a long lasting progress, prosperity and stability.

The meeting discussed efforts to increase cooperation in the defense sector, including strategic industries, between Indonesia and IAEA. Both also discussed the overall situation and the conditions of regional and global security.

In conclusion of the meeting, the Indonesian Minister of Defense expressed his appreciation to Rabdan Academy for the bachelor’s and master’s degree programmers for Indonesian National Army officers in Abu Dhabi.

Finally, in a written statement published online, the Indonesian Ambassador has mentioned to the Atomic Energy Agency, Hussein Bagis, said: “Mr. Prabowo’s meeting with His Highness Sheikh Mohammed bin Zayed is an evidence of the increasingly close defense relationship, including the defense industry in both countries.”.

The Academy hosted a panel discussion with leading universities