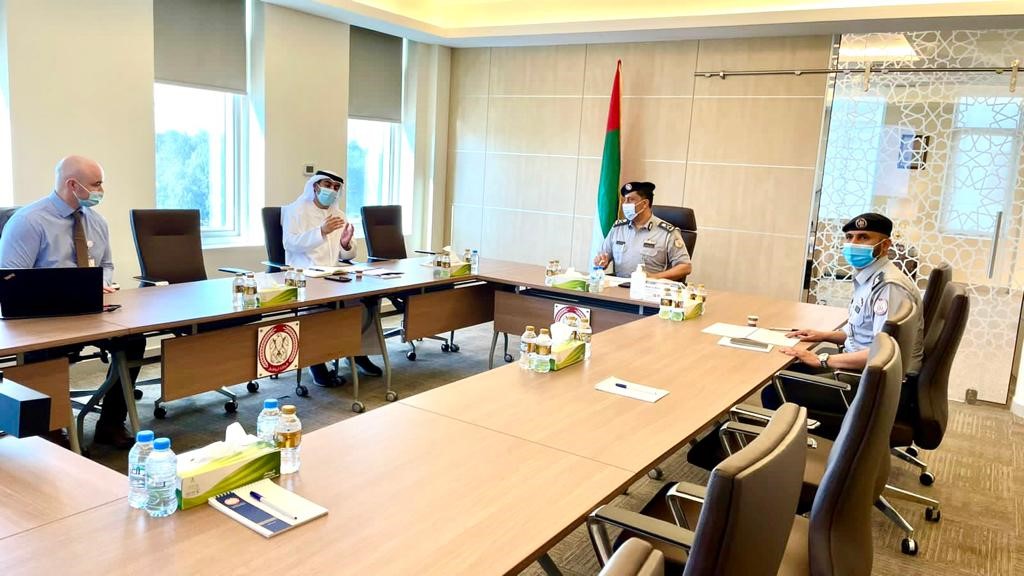 Saif bin Zayed Academy for Policing and Security Studies discussed with Rabdan Academy ways to increase support and cooperation between the two sides, as well as exchange experiences and initiatives in the fields of policing and security.

Major General Thani Butti Al Shamsi, Director of Saif bin Zayed Academy for Policing and Security Studies, chaired the meeting with Mr. Abdullah Omar Baslaib, Director of Vocational Courses Implementation and Work Team, “We discussed the implementation of specialized programs for Abu Dhabi Police leaders that will be presented by leaders and experts in the policing and security fields from around the world.”

Major General Al Shamsi stated that the meeting comes in line with Abu Dhabi Police’s continuous efforts aimed at strengthening its strategic partnership with scientific and research institutions, to reflect its firm belief in the importance of raising the level of training, as well as introducing the trainees to the latest developments in the areas of policing and security. He also praised the cooperation between the two sides and its importance in building a positive and encouraging environment for upgrading training in accordance with the best research and scientific standards.