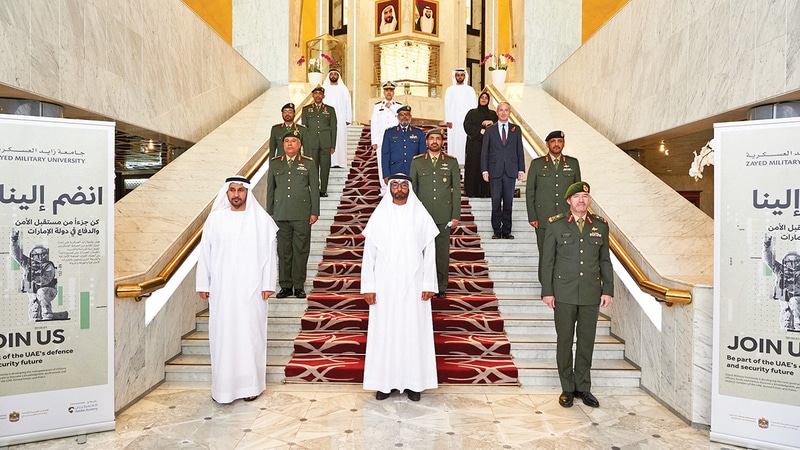 Abu Dhabi: A brand new university — the Zayed Military University — has been launched in the capital on Monday to train young Emiratis for roles in the country’s military and security forces.

The university will initially offer a three-year degree, a Bachelors of Science in Defence and Security, with the programme set to begin in January 2022. At a press conference in the capital, officials said the new institution would equip students with the mental and physical prowess to defend the security of the UAE.

“As the UAE approaches its 50th anniversary celebrations, we are pleased to announce a new chapter in the development of the country’s military education sector, which is based on investment in young Emiratis. We have seen remarkable progress across all sectors in our country, and this is what motivates us, more than ever, to keep pace with development witnessed by the state, especially in the military sector. We must follow in the same [vein] to raise the level of military and academic education, and refine the capabilities of the cadets,” said Mohammed Al Bowardi, Minister of State for Defence Affairs.

The university’s mission is to provide Emirati military and security officers with a comprehensive university education within a military environment. An inaugural batch of 100 high school graduates is being selected to begin the programme in January. The new university will accordingly train them in military and security skills, while also familiarising them with sector-relevant theory. Each student will be expected to complete 120 credit hours, with courses designed in collaboration with professional training institute, Rabdan Academy.

“We hope to gain the trust of the community and enrol female students soon, who we hope will go on to one day take up strategic positions in these sectors,” she added.

Classes will initially begin at a facility in Hameem, with plans for a purpose-built campus in the future.

“Through the establishment of Zayed Military University, there is no doubt that the graduates will be ready to serve their homeland, whose love is linked to their hearts, and we are now preparing to embark on this journey,” Brigadier General Waleed Al Naqbi, deputy commander at the university.

According to Brigadier Al Naqbi, those graduating from the new university will have to undertake an additional year of training in their chosen field of service before being commissioned as officers. There are also plans to offer a other degrees for students once the university is established and operational.

On the International Day of the Blind: Rabdan Academy organizes a special course for people of determination