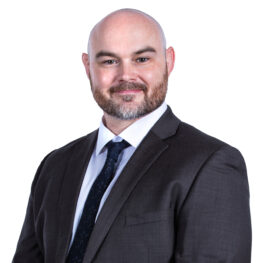 Gareth worked as an event manager and Trustee for a charity following his first degree in Law from Lancaster University. He then moved into Policing, beginning as an Emergency Response Officer, and subsequently moving on to become a Community Beat Manager, a trainee Detective, a murder investigator, and finally into police supervision. During this period he completed his second degree in Communications, before qualifying as a uniform police Sergeant and entering onto the UK High Potential Policing Scheme. Whilst on the scheme, Gareth gained his MSc in Strategic Policing and Leadership form Warwick Business School, whilst also receiving a scholarship for a second Masters in Research in Policing from Canterbury Police Research center.

He then spent a period working for the College of Policing on the National Leadership Review, before writing and submitting the proposal for the Policing Education Qualification Framework for Policing in England and Wales. Gareth then moved to work at HMICFRS, where he designed the national inspection framework for leadership in policing, and trained the national cohort of police Insp’s for subsequent national inspections.

Following this period in policing governance, Gareth returned to uniform Policing. He became a Response shift Inspector, before moving back into Community Policing, and finally into a Chief Inspector role managing approximately 200 uniform officers.

After 18 years in Policing, Gareth resigned from the force and moved to the UAE where he is currently a Policing and Security Lecturer working for Rabdan Academy. He is hoping to finally submit his PhD by December of 2021. His research is based on the police recruitment process and the influence of social networks on successful candidates. He is currently developing his publication portfolio.