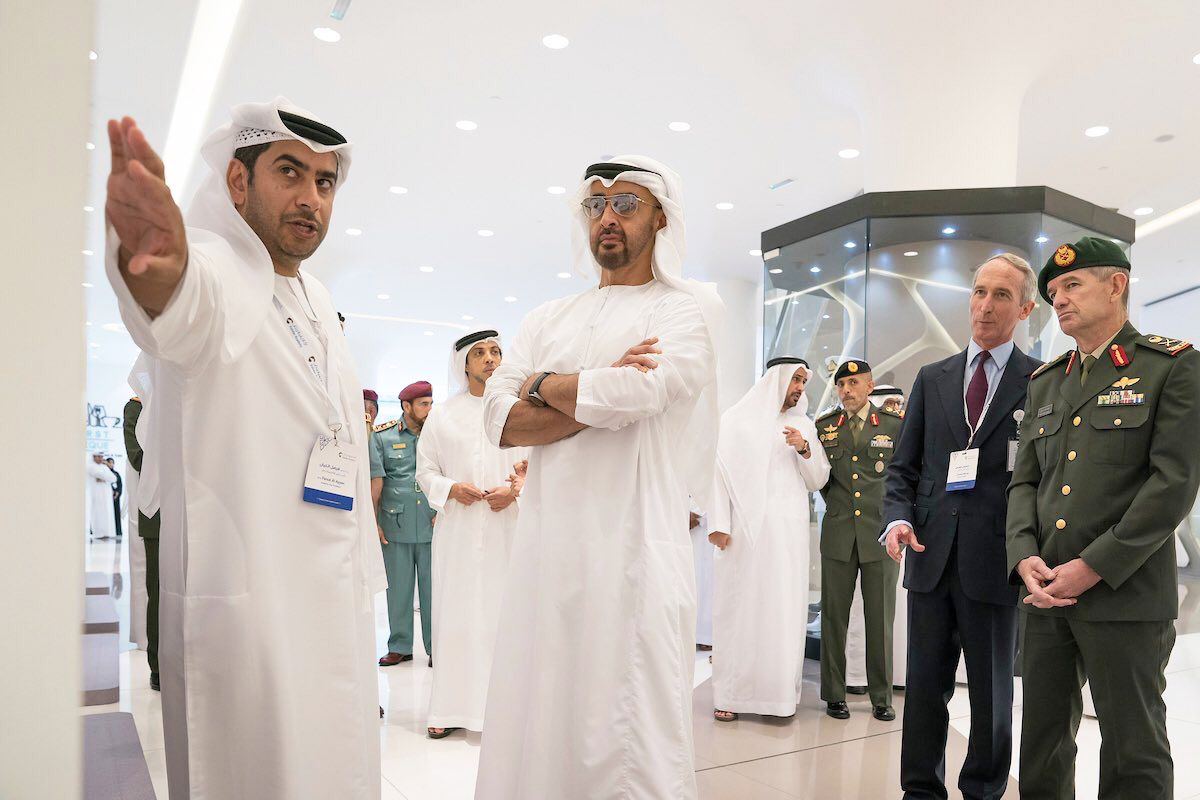 Shaikh Mohammad also launched the strategic plan of the academy, which reflects its future vision to support joint preparedness through enhancing training and joint education.

“Rabdan Academy comes as part of the national academic institutions system in order to sustain development, rehabilitation and fostering of skills for Emiratis. And to further support the UAE educational sector, the academy is getting the attention and support of President His Highness Shaikh Khalifa Bin Zayed Al Nahyan,” Shaikh Mohammad said.

He was also briefed about the academy’s cooperation with national institutions such as the Ministry of Interior, the General Command of the UAE Armed Forces and Abu Dhabi Police among others.

Shaikh Mohammad met members of the Board of Trustees, president of the academy, his deputy, and a number of faculty members and students.

He expressed his happiness at seeing an elite group of Emiratis who pursue excellence and creativity and seek to enhance their skills and experience with more knowledge, and scientific and practical training.

The Abu Dhabi Crown Prince wrote in the academy’s guest book: “I was very pleased today to visit this promising educational edifice, which we look forward to be a strong pillar in enhancing cooperation and coordination between our national institutions and generating qualified Emirati cadres capable of exceptionably dealing with the requirements of present and future. My best wishes for our students and the administrative and educational staff.”

Shaikh Mohammad also attended the signing ceremony of some memoranda of understanding between the academy and the Ministry of Defence, Ministry of Interior and Abu Dhabi Police.