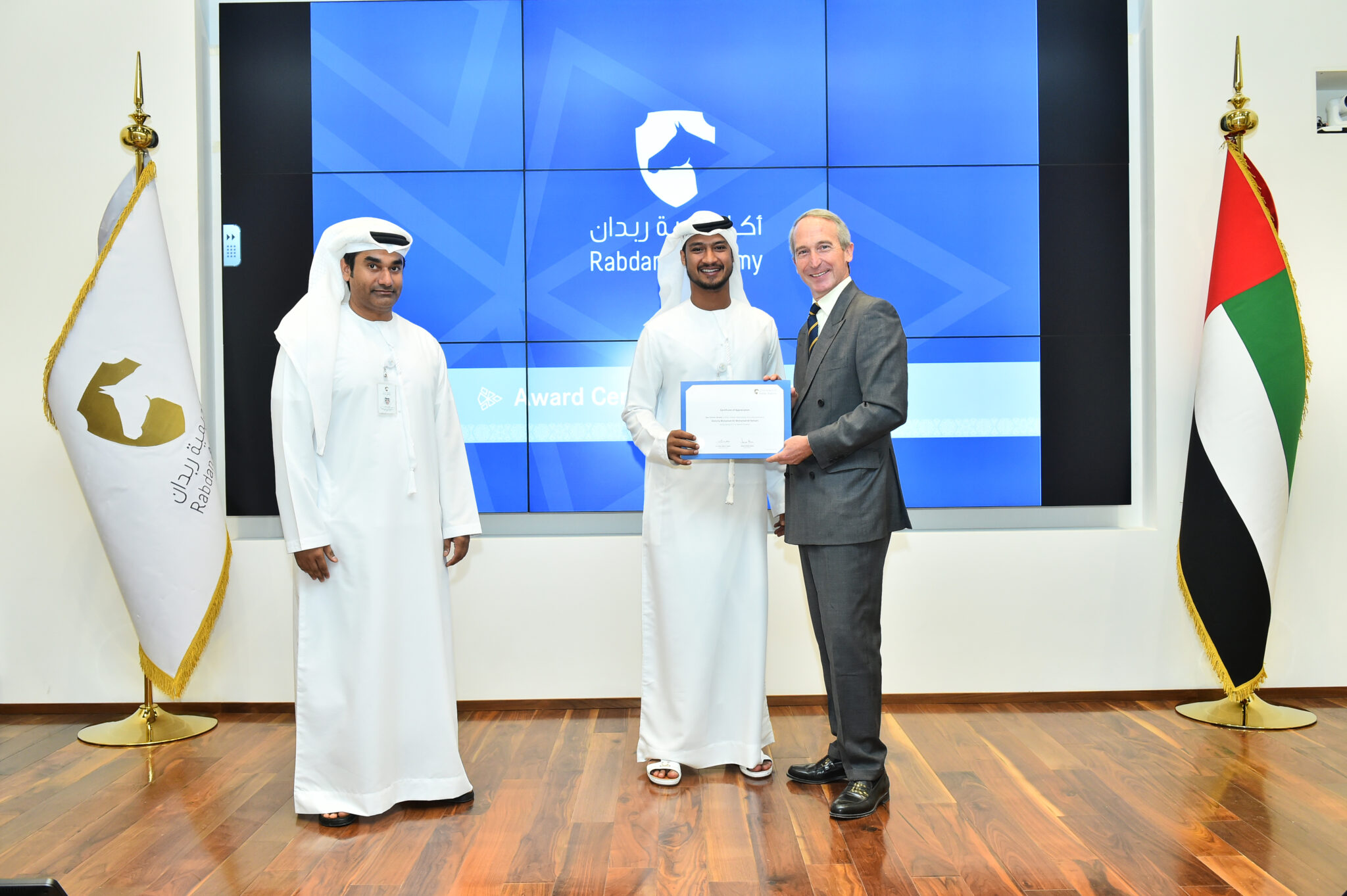 Rabdan Academy, at its headquarters in Abu Dhabi, has celebrated the honoring of a group of its distinguished students, who excelled in a variety of scientific and academic disciplines.

“These students deserved such honoring, due to their academic and scientific achievements in various fields”. Stated Mr. James Morse, President of the Academy, in his speech during the honoring ceremony, held at the Commemoration Hall at the Academy Headquarters. “We are all proud to have you in this leading academic edifice, where your success at all stages of study is a beginning of your future success, when occupying the positions serving your organizations and your dear homeland.” He added.

Mr. Morse has praised the excellence of the selected UAE nationals, who make the Academy proud of their scientific achievement and excellence, which in its turn reflects a positive image and a good role model for others.

“The distinguished and outstanding students are the beacon of our homeland and the pride of the leadership, government and people of the UAE, as they have demonstrated the merits required to learn, work and specialize for the purpose of serving their country in all fields”, said Dr. Faisal Obeid Al-Ayyan, Vice President of Rabdan Academy, at the ceremony attended by a number of administrative and teaching staff members.

He also has urged the students to maintain their excellence in academic achievement, which requires more efforts, in order to reach higher levels and to serve their country, family and the community, and to give back to the State that has embraced them and provided them with the most advanced educational systems worldwide.

Dr. Faisal has stated that Rabdan Academy shall grant its attention and support for its distinguished students, which highlights the achievement of its mission in the first place. He as well has added that the Academy will make available for its students, the most advanced scientific and academic methods required to achieve excellence in the areas of specialization, in addition to training students on discipline, good behavior and leadership. Afterwards, he has expressed his sincere thanks to the outstanding students and urged them to achieve more scientific excellence, wishing them more growth and success in their scientific and practical life.

The President and Vice President of the Academy handed the shields and certificates of appreciation to the students in a festive atmosphere.